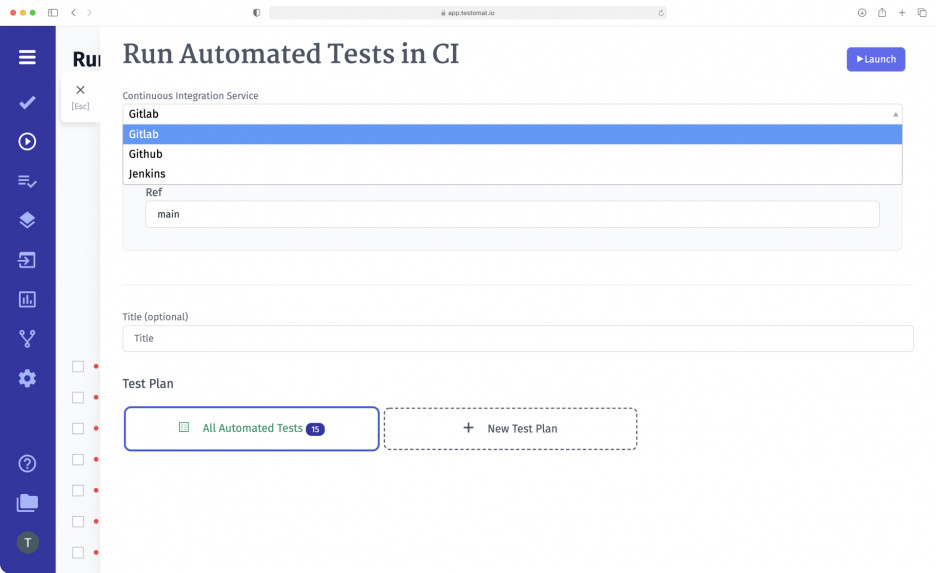 Continuous integration and Continuous Delivery (CI\CD) – are trending practices to speed up the product release. The key aim of CI\CD is to enable Agile teams as frequently as possible to deliver working software apps to end-users. Many organizations are embracing CI\CD as a way to keep up with their competitors.

CI\CD integration set, such as:

All of these integrations are out-of-the-box. QA engineers take just a couple of adjustments and a short time to set up the CI\CD pipeline with our test management solution.

Let’s have a look at the entire place of testing in the CI\CD pipeline and the importance of test management in product development.

At first, goes (CI). When multiple developers are working on the same application and contributing at once. Each one has its own feature or bug fix on the application. As they had written their code they push and merge their code into the same code repository, which keeps the different versions. This process we call Continuous Integration.

After then testing comes in. Once the tests are passed, the next step is an official release of the new app’s version. This means making it available to the end-users in some shape or form.

The next step is to take this app’s code and automatically deploy it in a target environment. Typically, from the repository, a build system Jenkins takes it and builds it. Mostly this process is called Continuous Delivery, though some also talk about Continuous Deployment.

What is continuous testing?

Testing is a process that can and should be automated within the CI\CD pipeline. And when this is done, this one is called Continuous testing Delivery.

Types of tests that can be automated:

And of course, continuous testing is about three things:

Testomatio’s integrations will allow you to seamlessly integrate it into your development process and will enable you start building a continuous development pipeline – lowering your costs, reducing risks, and ensuring happier customers with higher quality products.

By performing a build for every change in version control, CI can track the exact change that breaks the build or causes a test to fail. This means tracing a failure back to the lines of code that created the error and break functionality.

Some companies have a more complex CI/CD pipeline, that runs all the tests for every change, then merges those changes onto a tip or primary branch for release candidates. You might configure the pipeline to only create a test run for these “release candidate” builds. Likewise, it might make sense to create a test run and not close it, as the people doing other elements of testing will need to update their human test cases.

CI/CD introduces ongoing automation and continuous monitoring throughout the lifecycle of apps, from integration and testing phases to delivery and deployment.

Why Integrate Test Management and CI/CD?

Test case management systems like Testomatio can provide a single source of truth for all project participants. Test management system tracks the exact change that breaks the build or causes a test to fail. This means tracing a failure back to the lines of code that created the error, the person who made the change, the time, and likely the feature, story, or piece of business functionality that change was designed to enable.

As the point of CI/CD is to deliver quality at speed in an agile matter, the test automation tool should be easy to work with so that it doesn’t take up an unnecessary amount of time from the tester.

Similarly, if the automation tool doesn’t allow for easy hand-overs and collaboration by providing an easily understandable overview of test cases.

We are currently working that you find a solution that best suits your needs! To make the tester’s and developer’s work easier and report the bugs.