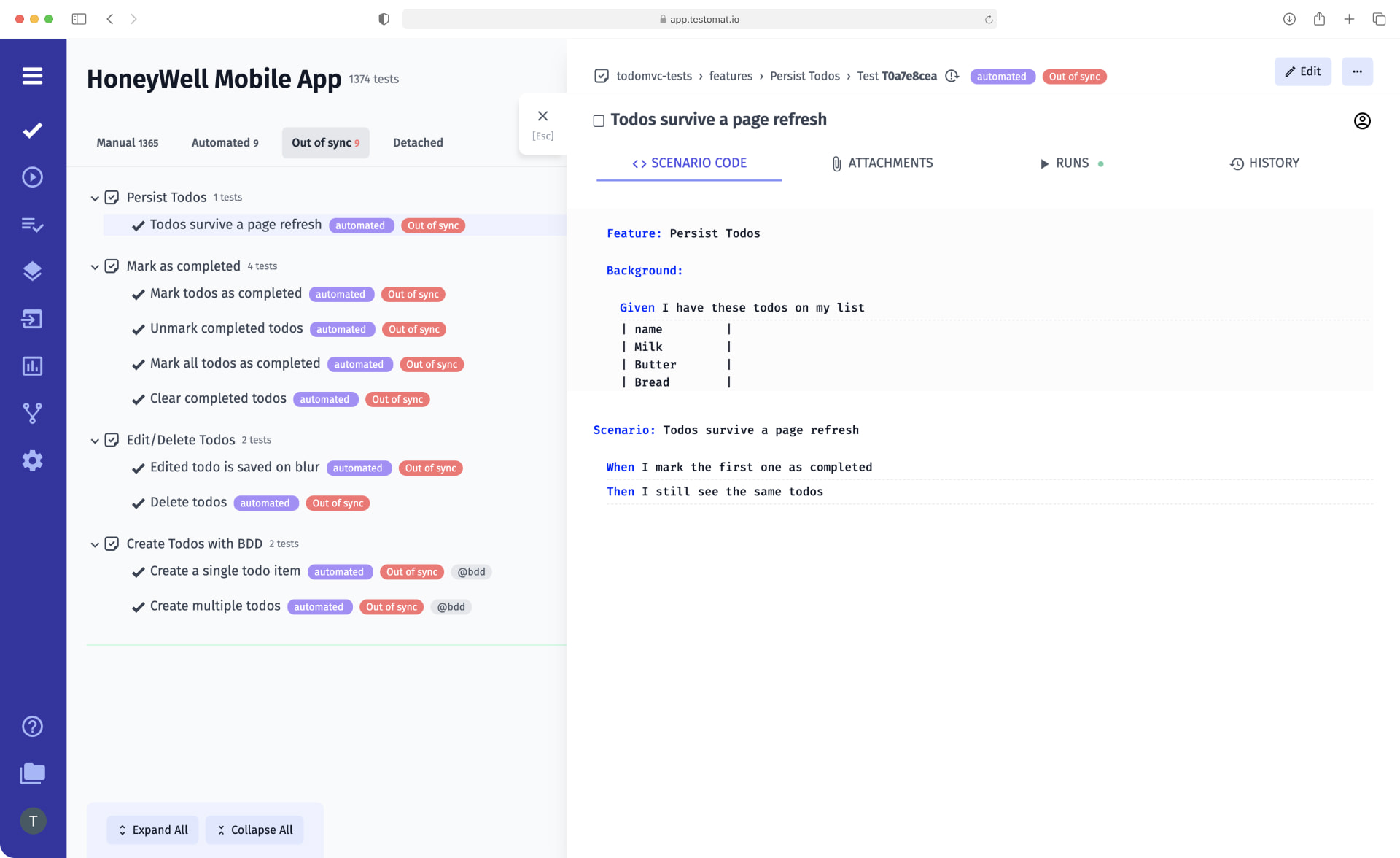 Test management system testomat.io is a modern test management SaaS solution that supports not only classic testing but also BDD (Behavior Driven Development) tests. Import of BDD tests from an existing project of popular BDD frameworks you work in, with .csv .xls and google docs are available. Thus, all tests that exist in your project get into our TMS. Importing BDD tests is fast and convenient. You can transfer tests, make changes to them, and view the results without switching between tools.

How to start import BDD tests from the source code

This is one of the functions discussed in the Import automated BDD tests context. To start importing of BDD tests, create a new Project and select BDD project in the settings if your testing framework is based on this approach. In the next stage, click the button Import from source code. In the open window, you will need to specify the BDD framework and programming language you are using.

With our test case management solution customers can import their BDD tests from the next popular testing frameworks in various combinations:

When importing tests from a project, their structure is fully preserved: the number of suites in the project corresponds to the number of feature files in the test management system. A feature file is the entry point of BDD tests. By clicking on a feature file, the user sees the feature code. Changes can be made to it at the level of the particular feature file, for example, by adding steps or modifying their characteristics. It is also possible to view separately each scenario that occurs on the user side in relation to the app.

Each feature file has steps that are imported at the same time as the test is imported. Due to automatic steps collocation during sync all steps are collected in Steps Database. Steps Database is a significant benefit of the test case reusing concept; that is, by creating a new feature file, you can use already existing steps for future tests. Another advantage of the Steps Database is the ability to edit all the tests simultaneously. Just make a change to the necessary step on the corresponding page, and all the tests that contain that step will automatically be updated.