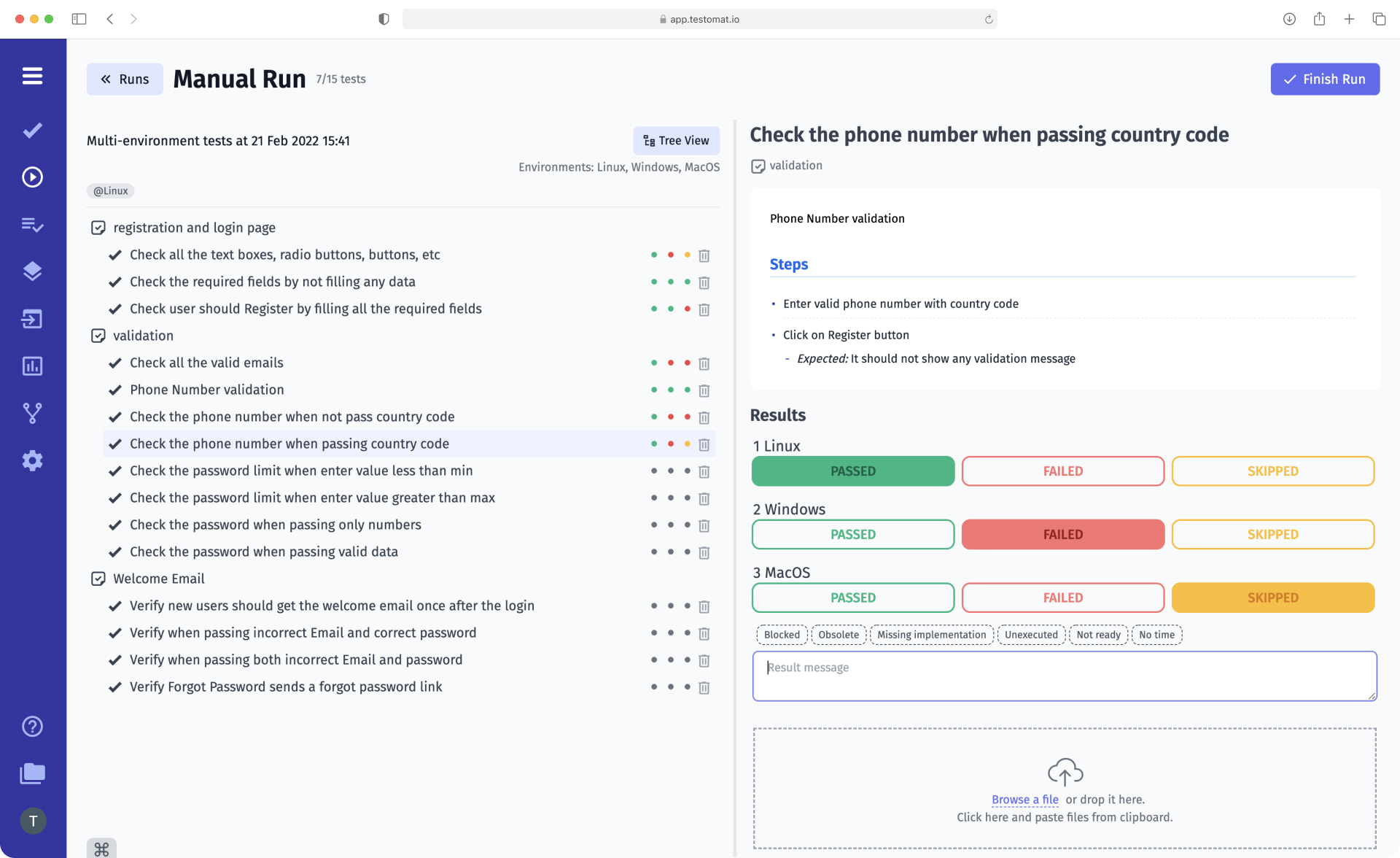 What is the environment in software testing?

A testing environment is a varied software, hardware, network and data configuration according to which testing teams perform different test cases. Security settings, localization settings, performance settings and build or release versions are referred to as test environments too.

Depending on the context, a test environment may represent:

The main purpose of such environments is to allow QA teams to check system components and uncover errors and issues so the environment must closely replicate real user conditions. Once issues are detected, they can be fixed without affecting real users and negatively impacting their experience.

Assigning a test environment to tests per test requirements – is an absolute rule. Thus, they’re explicitly associated with the user story. In turn, requirements are composed according to the needs of the software being tested.

The test environment configuration should replicate real user conditions. Test performing in different environments ensures that the product will work in any environment, on any network, on anyone’s phone on production — and we must have a high degree of confidence that it will indeed meet those requirements. Customers will be satisfied.

Our team care about customer experience so we developed on Settings Dashboard special Environment widget. By default on this widget, you can see default test environments. But you are free to make changes and set up custom environments. After then, these new environments will appear during manual test runs with drop-down list.

Use the test environment feature for:

Note, that environment usage for automated and manual tests are different!

Let’s start with manual test execution on the multi-environment.

How to set test environment manually

Choose your test environments easily. Just pick the needed environment from the dropdown menu. Elements you can set up on the Settings dashboard.

How to run automation scripts in multiple environments

The easiest way of organizing test data is through automation, and by building and deploying the automation in place. You can successfully manage environments through the special CLI command –env attribute.

Analyzing the impact of different environments on the test results

The Test Environments results is shown in your Test Run results and on report so you can distinguish each execution of the Test between the different environments. And in other places that show a list of Test Runs (e.g. Test Plan issue screen).

Well, how its work well if you execute the same Test in two different test environments (e.g., devices) and you want the two results to be consolidated.

Test environments are an important part of your software pre-release strategy.