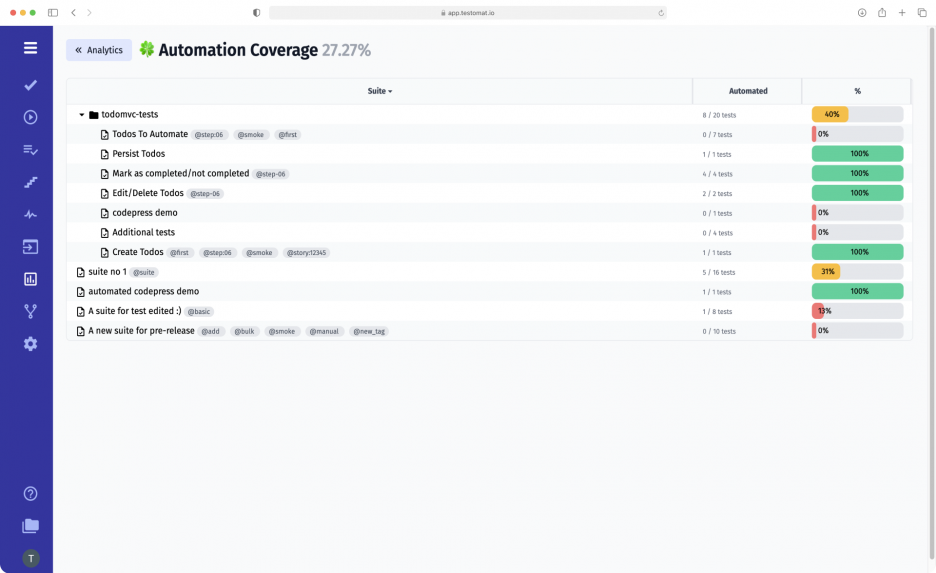 The automation coverage widget reports on the percentage achieved by automated testing. It lets us know how many tests are automated in some part of a project as a ratio to the manual testing part by folders and suites. For example, the suite consists of 16 tests, 5 tests are automated, which is 31% of what we can see on charts.

If you automate just eight or nine of the tests you’re already doing manually, you’ll free yourself up to increase manual test coverage.

You are able to filter within the Automation Coverage table. There is filtering in alphabetical order, suite order, the number of automated tests from the largest to the smallest and also columns with a percentage from higher to lower and vice versa.

QA manager can use some measure of the Test Coverage metric as a starting point. This testing metric can be used by the QA manager to evaluate the progress of the overall test automation initiative. It needs something improving or not.

Why Measure Test Automation Coverage is important in software testing