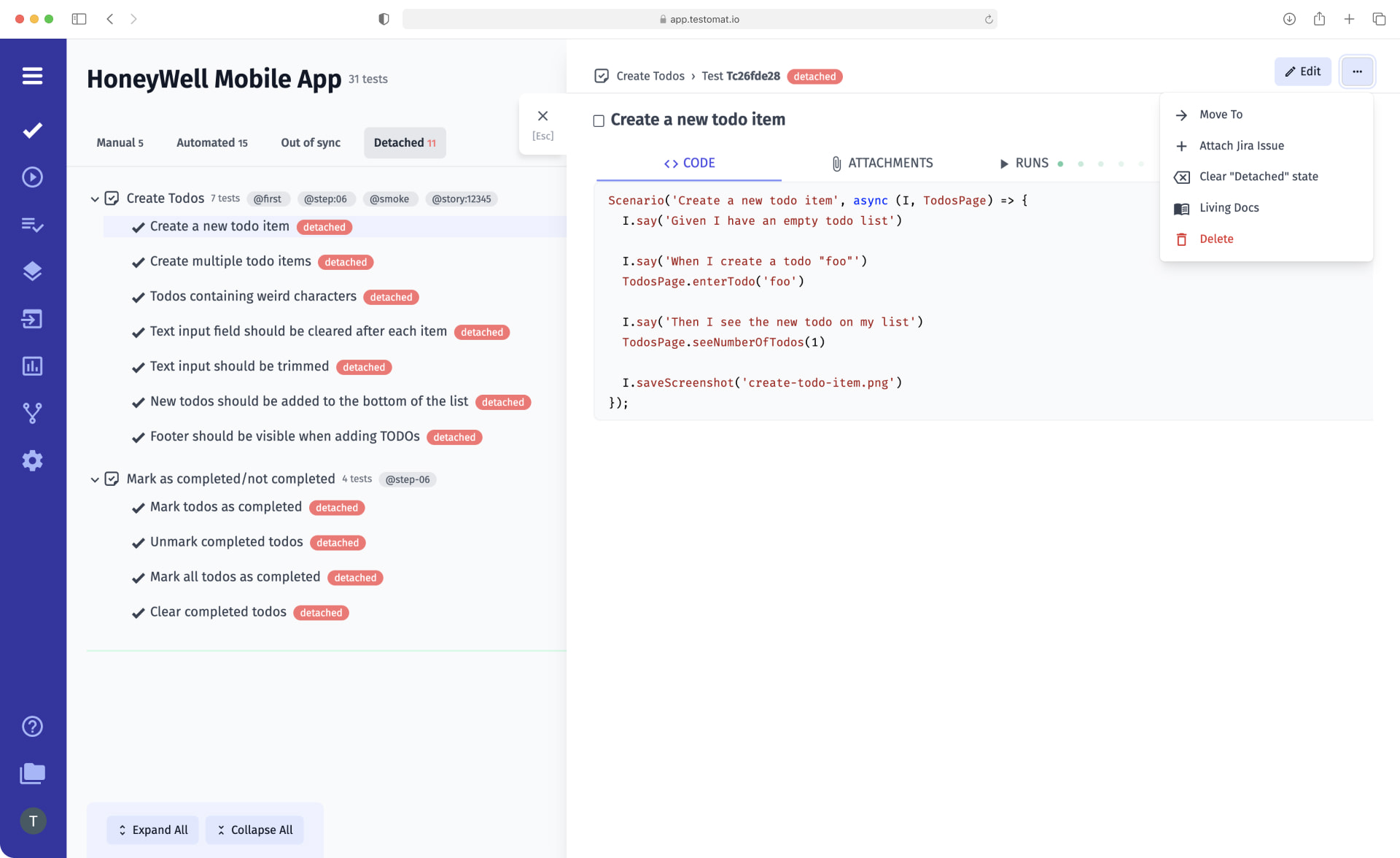 The Detached Status function allows the tester to detect tests that have been removed from the code for some reason. In testomat.io, they will be marked by Detached label. This is a kind of synchronization, which allows you to keep tests up to date in TCMS.

At first, you should import existing tests from the framework into the TCMS. To do this, use the Import Tests From Source Code function to select the desired settings (the framework and programming language), get the command, and paste it into the cmd in the queue file.

If something changes in the code, you must re-import it to synchronize these changes with new ones made into the test management system. Tests that TСMS did not find in the framework get the Detached label, and the user receives a notification: Test was presumably deleted in the source code. Add it on next import or delete from the system. That is, the QA tester realizes that there are tests in test management system that are not in the code, and their task is to figure out whether there really were changes in the test project or tests were deleted by mistake.

If the tests have been deleted on purpose, they must be removed from the test project in the test management system. For this purpose, there is a delete option for Detached tests in the settings.

If an error has occurred and the test cases need to be returned to the test management system, through the button Clear Detached Status all tests will resume in the database.

Benefits of Detached Status for Your Team

Other features allow us to keep track of tests: