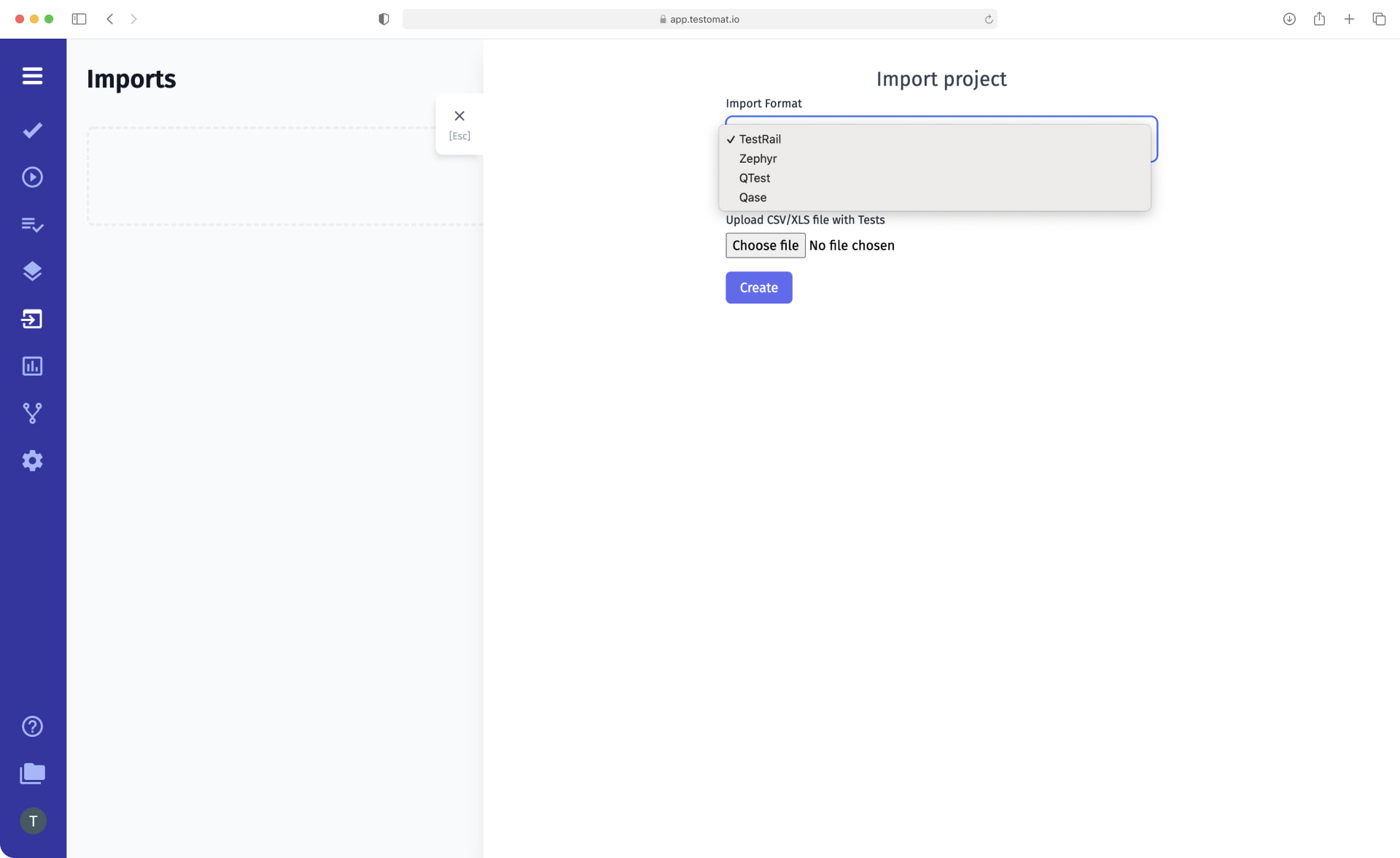 Our team are developing the test management environment with BDD support for modern Agile teams. If you worked only with classical test scenarios before but decided to modernize your testing project, you can easily import all existing test cases in testomat.io and directly convert them to BDD format.

You Can Migrate Test Cases
From The Following Test Management Systems:

How does Migrate from TMS and convert to BDD feature work?

Import performance is based on generated .csv/xls files. In order to import test cases immediately converted to BDD test cases, you just need to perform a few simple actions:

Immediately after importing, you get tests in BDD Gherkin language composed in Feature file scenarios. If can’t see changes immediately – only a description of the Suite as it was in the classic format. There is no need to edit anything manually, just click Fix Feature File. After then all the necessary information will appear, and you can format the BDD test cases or go to Edit Feature Mode.

All imported tests in BDD format will look like this:

The important thing is that all these transformations happen automatically. You do not need to write the names of the BDD steps manually – test management app will add Gherkin Syntax by itself; that is, it will do most of the work of converting classic test cases to BDD.

Keep in mind! For the imported test to be a benchmark, it is necessary that all the necessary steps have been prescribed while creating the classic test case. In other words, if there are no Pre-conditions or Expected Results in the initial test, there will be no Given or Then in the BDD test.

But there is a way to add Gherkin language keywords:

Features associated with Migrate from TMS and convert to BDD